Our ten-days Best of Tanzania tour is perfectly named, giving our visitors plenty of time to explore and admire many of Tanzania’s natural wonders. Setting out from Dar es Salaam, we start our safari adventure in Selous Game Reserve, one of the Southern Circuit’s renowned national reserves and particularly famous for its game drives. Take the trail less traveled as you venture into the remote wilderness of the Selous, Ruaha, and the Tanzania coast on this classic 10 day Tanzania tour. The Selous is a proclaimed UNESCO world heritage site and has diverse habitats and intricate riverine wilderness areas, which supports a wealth of wildlife, small and large. With over half of Tanzania’s elephants, more than 120,000 buffalo, and the earth’s largest wild dog population, the Selous has unparalleled game viewing opportunities. 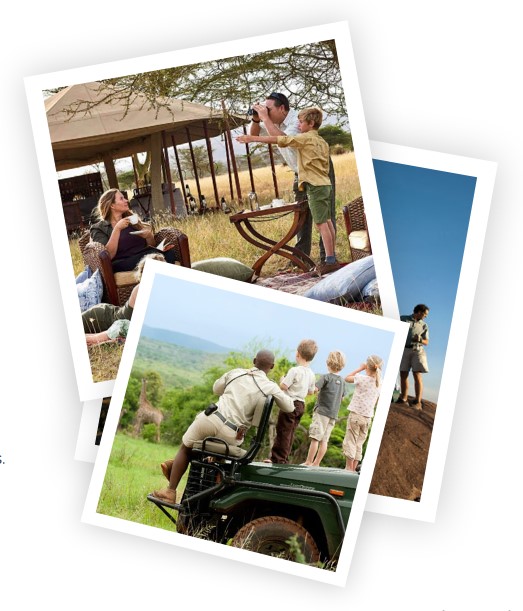 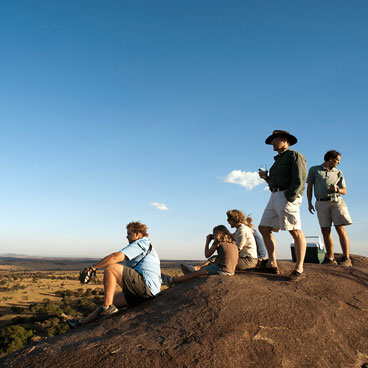 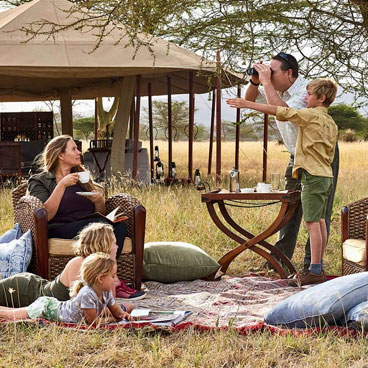 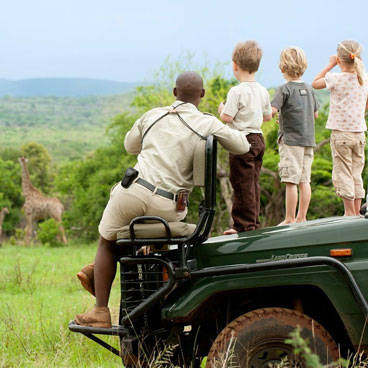 TanzaniaCentral TanzaniaRuaha RegionRuaha National Park Sunset at Siwandu Camp.From Dar es Salaam Airport, you’ll catch a flight to the Selous Game Reserve. At the airstrip, a lodge representative will be waiting to welcome you and take you on a short 5-minute drive to your camp, the first stop of your Tanzania safari.

Nestled on the lakeshore, sheltered by doum palms lies the camp, with uninterrupted views of the lake. The especially designed octagonal spacious tents allow you to observe the wildlife as it passes by your tent. Recline on your veranda at the end of the day and watch the sunset in a blaze of orange. 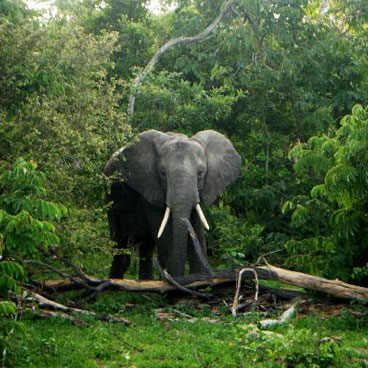 Elephant sighting during a Lake Nzerakera boat cruise in Selous.Relish the opportunity to view the prolific game in this area of the Selous by various modes of transport, game drives, boat safaris and on foot. Each offering a new perspective of the reserve. Take picnic lunches on a full day game drive and explore further afield. Follow the wild dogs on a hunt; spy a leopard lolling on a branch or a replete lioness with her boisterous cubs haranguing her to play.

Take a stroll through the wilderness as you closely examine the sights and smells of the fauna and flora. Listen to the sounds of the smaller creatures and pause to appreciate the gentle songs of the abundant bird life. The walking safaris are an opportune time to learn about tracking wild animals, identifying dung and learning about the medicinal uses of the plant life.

The water wilderness provides a unique game viewing experience. Explore the waterways of the Rufiji River delta or on a lake, dependent on the amount of water present in the river after the rains, in metal motor boats. During your boat safari, watch as the animals approach the river for a drink as you sip on a sundowner. Some of Africa's best water birding takes place from the boating safari, and views of the resident hippos and crocodiles are a sight to look forward to. Immerse yourself in the abundance of nature and activities during the day and luxuriate in the camp at night, reviewing all that you have seen and heard during your stay in the Selous. 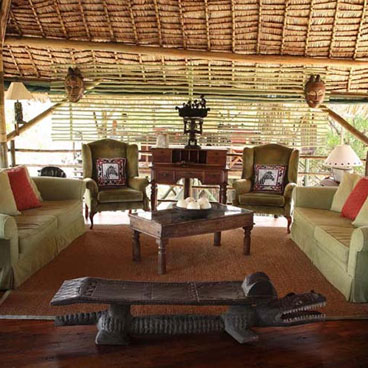 Light aircraft transfer directly into the heart of the Tanzanian bush.Day 4 of your journey will mark your departure from the Selous and your journey to Ruaha National Park via an air transfer. At the airstrip, a representative of the camp will meet you and transfer you to the camp with a short drive, where you will spend the next 3 nights.

Your stay is in the heart of an unoccupied part of the Ruaha Park, allowing you to enjoy the benefits of maximized game viewing in seclusion.

The camp sits on the banks of a seasonal river and is shaded by the mighty riverine vegetation. Your en-suite room has a private veranda overlooking the riverbed. The centre area of the camp has a bar, restaurant and lounge area overlooking a sand river perfect for relaxing in the afternoon sun. This secluded idyll bestows uninterrupted game viewing and allows you to unearth the tranquillity and beauty of the bush, mixed with the harsh realities of nature. Be it waking to the dawn chorus or watching a lion kill. 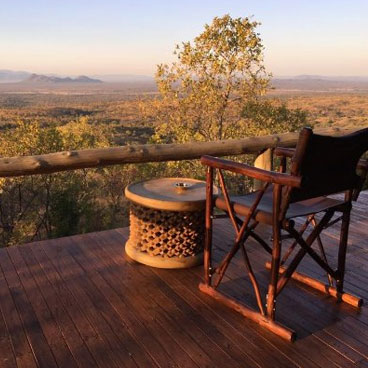 Close encounters during a guided walking safari in Tanzania.The camp acts as a wildlife magnet due to its location on the banks of a seasonal river in the Ruaha National Park. Game viewing is varied, including the land animals, water and bird life. Game drives in Ruaha have regular sightings of large herds of elephants and buffalos. it is also possible to see cheetah, lion and leopard. Lesser seen animals are present too, like sable and roan antelope, greater and lesser kudu, honey badgers and a healthy population of wild dog. Most of the open sided 4x4 safari vehicles can only seat four guests, allowing for smaller groups and a more intimate safari experience.

Bush walks allow you to get a closer view, and sometimes even a feel, of the smaller facets of the bush. Your armed guide and tracker will help you identify the spoor left behind on the dusty pathways. Walking safaris allow for more extended walks in the bush where you have the opportunity to track animals such as jackals and impala.

On a walking safari, you camp out in the wilds, sleeping under the stars for one or two nights, away from the main camp, in a fly camp. These offer a great adventure and a taste of the real Africa, walking to the temporary camp, showering under the trees, sitting around the campfire at night swapping stories and listening to the night sounds of the bush. Walking safaris and fly camping need to be booked in advance. With sweeping views of the riverbank, the main area of the camp is ideal for sitting back and watching the to and fro of the various animals, as you enjoy the shade and comforts of the camp. 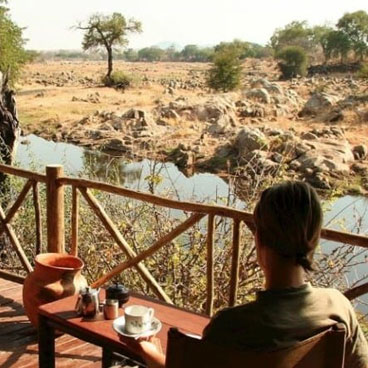 Day 7 - 9: Relax on the Deserted Shores of the Indian Ocean View Lodge

Comfortable loungers to soak up the sun at this Tanzania barefoot hideaway.Catch a flight from the bush airstrip to a Swahili Coastal resort, where a camp representative will meet you and take you on a short road transfer to your new home for the next 3 nights. Enjoy the comfort of your spacious luxurious suite, perched on the hillside, hidden away in the coastal forest, with panoramic views down to the ocean. An en-suite bathroom and a private veranda with a plunge pool allow you to relax in the privacy of your private suite without compromising any of the amazing views.

Explore the depths of the water as you partake in water activities. From the casual boogie boarding and leisurely kayaking trips on the lagoon to drifting gently on the surface of the ocean, watching the darting colours of the tropical fish as you snorkel. Kick back and relax in barefoot luxury. 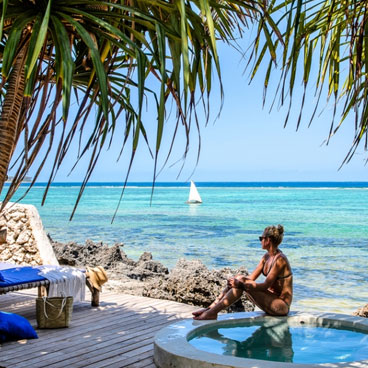 Day 10: Relax on the Deserted Shores of the Indian Ocean View Lodge

On the final day of your adventure, a shared road transfer will take you to Dar es Salaam for your onward journey. 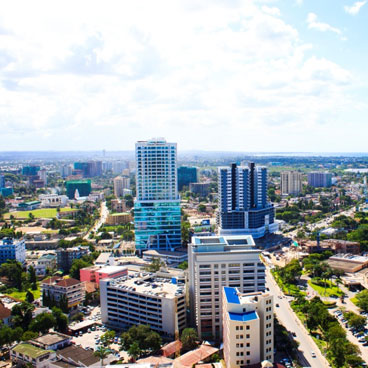