Spend 11 unforgettable days exploring the southern part of our planet’s fourth-largest island. Madagascar is an 88-million-year-old biodiversity hotspot – about 90 percent of all its animals and plants are found nowhere else in the world! These include the island’s cat-like fosa; the world’s smallest chameleon (which clocks in at a miniscule 30mm / 1.2in); and Madagascar’s flagship mammal species, lemurs.

Start your journey with a stop-over in the colourful and vibrant capital, Antananarivo (also known as Tana) before transferring to Antsirabe, a beautiful city in the subtropical highlands of Madagascar. It is cradled by emerald rice fields and extinct volcanos, many of which are filled with water to create gorgeous lakes.

Your next stop is Ambositra, the centre of Madagascar’s wood-carving industry. Here, the island’s Zafimaniry people are celebrated for their remarkable woodworking skills and art, which was recognised on the UNESCO Representative List of the Intangible Cultural Heritage of Humanity.

Next, you board a train for a picturesque ride through the lush green forests, tea plantations and red highlands of eastern Madagascar to a beautiful vintage train station in Manakara. Take a walk through this port city’s colonial streets or hop on a pirogue (long dug-out canoe) and glide along a stretch of the Canal des Pangalanes.

Halfway through your adventure you find yourself in the Ranomafana National Park – home to over 100 000 acres of tropical rainforest; several rare species of lemur and birds; over 130 species of frogs; and part of the World Heritage Site, Rainforests of the Atsinanana. Next stop is the city of Fianarantsoa, the cultural and intellectual centre for the entire Madagascar and its unofficial wine capital.

Stop in the Anja Community Reserve to meet Madagascar’s most recognised lemur, the ring-tailed lemur. See some the traditional tombs of the Betsileo people and learn more about this fascinating ethnic group. Spend a night in the middle of the stunning Tsaranoro Valley, beautifully sculpted by the three massive granite mountains that surround it. Enjoy a guided hike through the ‘Canyon of Lemurs’ for encounters with sifaka, ring-tailed and brown lemurs.

End your epic adventure in the port town of Tuléar, a melting pot of cultures and ethnic groups. Visit the Antsokay Arboretum: the 128-acre sanctuary for lemurs, radiated tortoises, snakes, chameleons and more than 920 plant species.

This itinerary is ideal for active and adventurous travellers who do not mind some serious road tripping. 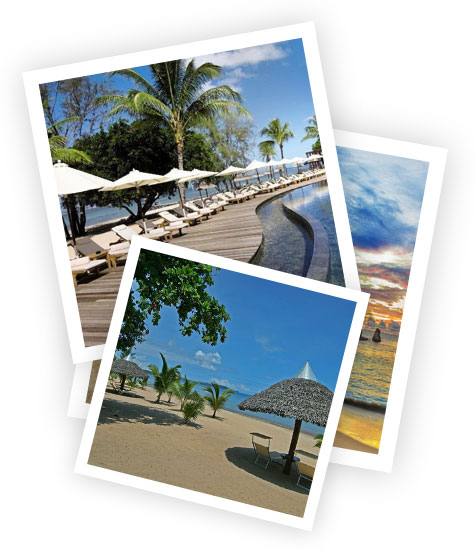 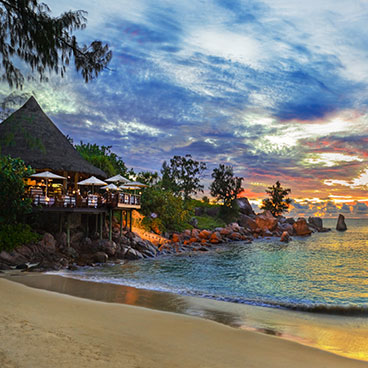 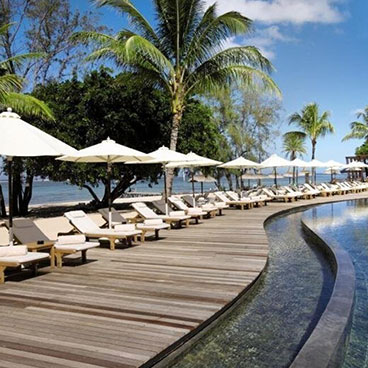 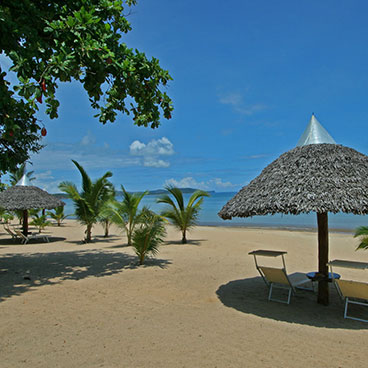 You will be met at Ivato International Airport by a driver who will transfer you to Lokanga Boutique Hotel. The drive can take up to an hour but you will be enthralled by the sights and sounds of bustling Antananarivo or ‘Tana’. Named after a Malagasy violin, the historical Lokanga is perched on a sacred royal hill situated in the oldest part of Tana. This beautiful hotel was restored from a 1930’s English colonial house but has managed to keep its charm through antique decorations, family souvenirs, maps and photographs. You will feel right at home in your beautiful room with breath-taking views over the island’s capital city. 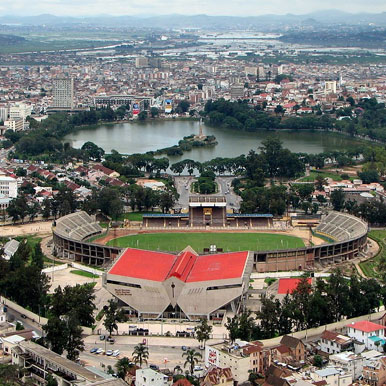 Day 2:The road to Antsirabe | 1 Night

An experienced driver will transfer you to Antsirabe, crossing the picturesque countryside’s rice fields, fruit plantations and extinct volcanoes, and stopping along the way to sample some of the fresh local flavours. You will spend the evening at the tranquil Couleur Café, situated in Madagascar’s tropical highlands of dormant volcanic lakes. Be sure to explore the city on a pulled rickshaw – a form of human-powered transport by which a runner pulls a 2-wheeled cart that seats one or two people. 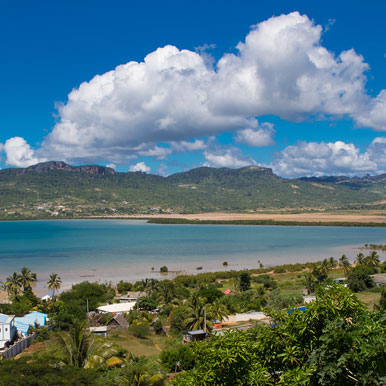 Today you will head to Sahambavy with a stop in the cultural Ambositra, the heart of the island’s woodworking industry. The area’s Zafimaniry people are celebrated for their remarkable wood-carving skills – they build their homes entirely out of wood without using any nails! Explore Ambositra’s markets to discover beautiful souvenirs handmade by the skilful Zafimaniry, before checking into the luxurious Lac Hôtel located on the idyllic shores of Lake Sahambavy. This tranquil hillside retreat offers panoramic views of Madagascar’s only tea plantation. 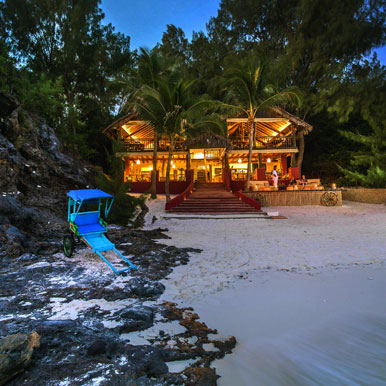 Step back in time as you travel by train through eastern Madagascar’s rich forests, tea plantations and red highlands. Disembark at an exquisite old-style train station in Manakara, before settling in at Hôtel Parthenay Club for an overnight stay among the property’s lush gardens. 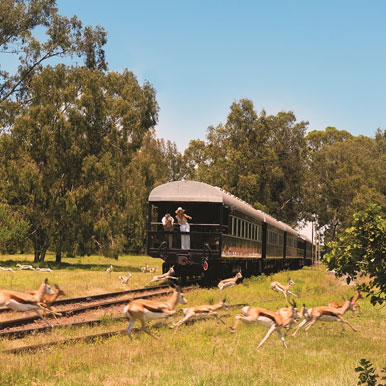 Spend the morning exploring Manakara’s historical streets before hopping onto a pirogue for a unique glimpse at the gorgeous Canal des Pangalanes. This series of waterways, natural rivers and man-made lakes wind down the east coast of Madagascar and form a natural wonderland where time stands still. After gliding across the canal’s waters you will be transferred to Hôtel Thermal in Ranomafana. 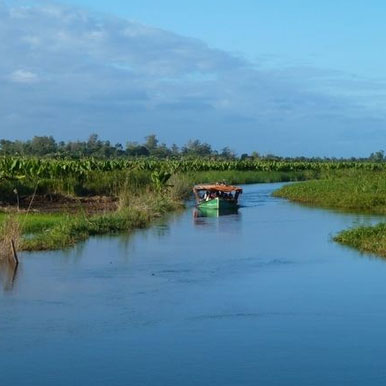 Head out on an early morning walk in the sensational Ranomafana National Park – this is the best of time of the day to see lemurs, but the park’s tropical rainforest is also a sanctuary for many indigenous bird and frog species. A local guide from the park’s office will show you around this magical wildlife area. After your guided walk you will be transferred to the city of Fianarantsoa, the cultural and intellectual centre for the entire island and the capital for the Betsileo kingdoms. The Betsileo is the Madagascar’s third-largest ethnic group and known for their ceremonial tombs in the hills around south-central Madagascar. Take a stroll through the ‘upper town’ and explore its historic architecture and cultural heritage sites protected by the World Monuments Fund. You will spend the night at Zomatel, a luxury hotel located within the romantic atmosphere of Fianarantsoa’s old town where you will enjoy its authentic Betsileo hospitality. 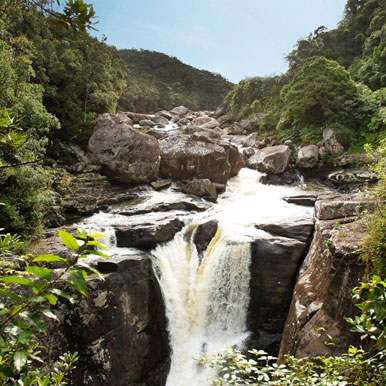 En route to the stunning Tsaranoro Valley you will stop in the Anja Community Reserve to meet Madagascar’s most recognised lemur, the ring-tailed lemur. You will also have the opportunity to see some of the Betsileo’s tombs and learn more about this interesting ethnic group from your expert guide. You will overnight at Tsara Camp, surrounded by the valley’s three granite mountains – a stark contrast to Ranomafana’s tropical rainforest. 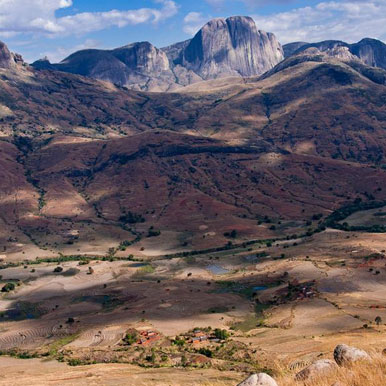 Head out on a guided hike through the valley’s beautiful red hills, local villages and a sacred forest for an encounter with Catta lemurs, before cooling off in a natural rock pool. After lunch you will head for the edge of the Isalo National Park to check in at Le Jardin du Roy, a unique hotel built among the landscape’s sandstone rocks. The hotel is harmoniously integrated into its environment and offers guests superb comfort. Isalo National Park is known as the ‘Malagasy Colorado’, as its sandstone formations and deep canyons share a resemblance with the American state’s Rocky Mountains. Go on a guided hike through the ‘Canyon of Lemurs’ to see sifaka, ring-tailed and brown lemurs. Marvel at the park’s beauty from outstanding viewpoints and at the Bara tribe’s tombs that are impressively constructed high up in the sandstone cliffs. Back at Le Jardin du Roy, spoil yourself with a relaxing spa treatment infused with sweet and enchanting fruit and spice flavours. 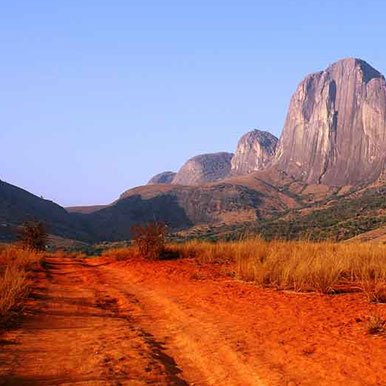 Bid the ‘Malagasy Colorado’ farewell as you’re transferred to the port town of Tuléar. This vibrant town is a melting pot of cultures and ethnic groups, and home to the unique Antsokay Arboretum: a 128-acre sanctuary for lemurs, radiated tortoises, snakes, chameleons and over 920 plant species. You have the option to add another day or two onto your trip at one of the fabulous beach destinations around Tuléar or be transferred to Toliara Airport for your flight back to Antananarivo and another overnight stay at Lokanga Boutique Hotel. The next morning you can do some last-minute souvenir shopping before catching your international flight off the magical island of Madagascar.