The world’s largest waterfalls - Victoria Falls, Zambia stands unique in so many different ways. The increasing number of tourists every year to witness one of the nature’s incredible creation speak volumes about its popularity and appeal. Want to know more about what is perhaps the most famous waterfall in existence? Then go and check out our compilation of top Victoria Falls Facts.

If you are among those who have not witnessed this beauty yet or it is still waiting to make a place in your bucket list, then these facts about the mighty Victoria Falls might fascinate you for a Victoria Falls tour during the upcoming holiday season. 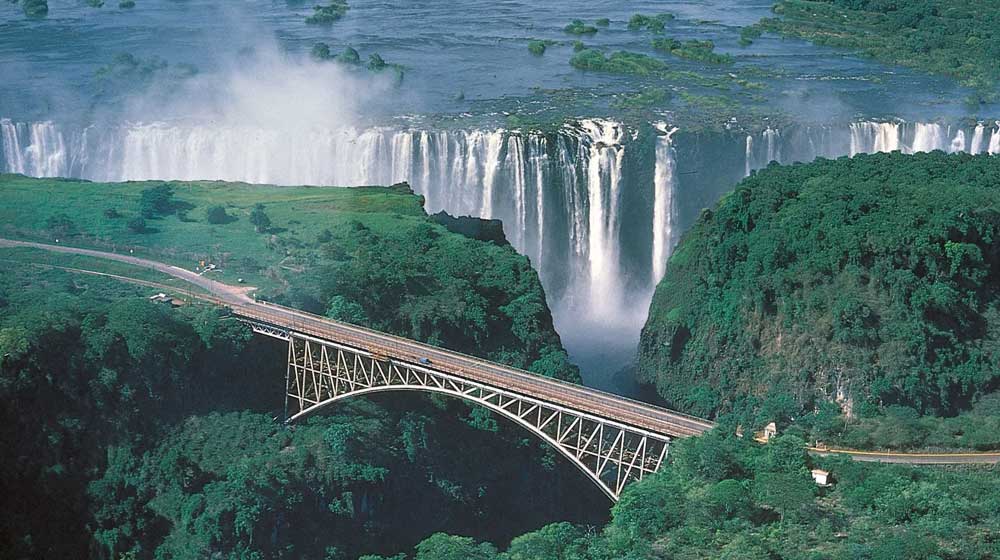 Victoria Falls is formed over the Zambezi River which is the fourth-largest river in the African continent and spans across six different nations – and cover an amazing distance of 2,700 km.

During the ancient times, as a result of a volcanic activity a thick basalt deposit covered an extensive area in Southern Africa. When the lava solidified, there were cracks in the rock that, over the centuries, became filled with softer materials.

Moreover, shifting of plates in due course of time made the Zambezi River change its original way from running south-east to a more solid easterly direction. The River flowed over those hard basalts progressively eroded the softer sandstone and created cracks on the plateau resulted in Victoria waterfalls. 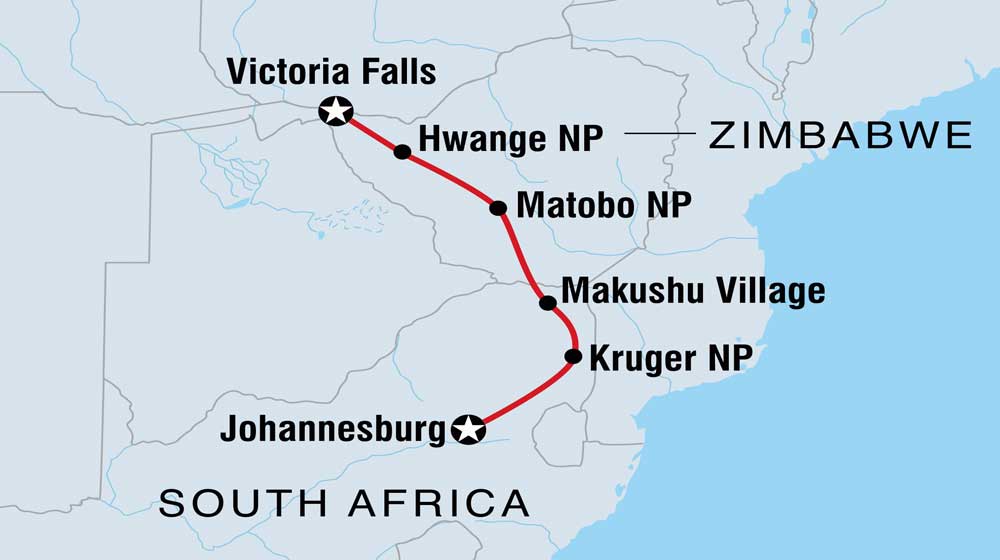 Victoria Falls is positioned almost exactly half way on the mighty Zambezi River's journey of 2700 km from its source to the sea.

It is located along the boundary between Zambia to the north and Zimbabwe to the south in Southern Africa. Almost twice in size as of North America’s Niagara Falls, Victoria Falls is one of the seven natural wonders of the world is designated a World Heritage site in 1989. Victoria is only rivalled by South America's Iguazu Falls.

It is also worth mentioning that, 75% of the fall can be seen from the Zimbabwean side, while the remaining 25% is visible from the Zambian side.

The water on the fall is dependent on the flow of water in the Zambezi River.

The river experiences a wet season from late November to the beginning of April and dry season during the remaining part of the year.

During the rainy season, the waterfall is at its maximum flow and creates a thundering roar which forms a veil of mist.

The waterfall declines to its minimum flow during the dry season and experience a significant drop in the water flow especially during September to December.

Apart from viewing the Falls from close proximity there are so many other activities to undertake during Victoria Falls Travel.

Scenic drives to nearby towns like Victoria Falls town in Zimbabwe and get a chance to get along with the locals and learn about their unique culture and deep rooted traditions. Make sur to take permission before clicking pictures.

Visit the Livingstone Island in Zambia and get to know the stories about the discovery of Victoria Falls. Listening to different folktales versions regarding the place are also quite interesting.

Steam Train Tour Victoria Falls symbolises luxury with thrill! Get an ultimate chance to travel back in time in stately carriages. Get a view of the fall and the bridge enjoying high tea or a scrumptious lunch.

Hire a bike and explore the Zimbabwe side of the fall. The crafts market, restaurants, shops, Churches, Taverns etc. can be major stop points.

Do not miss the opportunity to go on Zambezi River cruise. You are assured to have excellent views of the sunsets and if lucky might see herd of elephant’s drinking water in the river shore.

Adrenalin raising water activities guarantees once in a lifetime experience. White water rafting in the lower Zambezi is filled with fun and excitement. Activities like Bungee jumping off the cliff, Zip line, Flying Fox, Gorge Swing etc are also quite popular among the visitors.

Go for Victoria Falls Canopy Tours if you are a nature admirer. You would definitely love this walk in the wild and can have a wonderful wildlife experience.

Helicopter and Microlight flight rides is an excellent way to explore Victoria Falls from the top.

Safaris in the nearby national Parks like Chobe national park and Hwange national park are quite popular and are mostly tagged along with Victoria Falls Tour. Game drives give an opportunity to see wild animals in their natural habitats.

Swimming to the edge of waterfalls in the Devil's Pool is another major attraction in Victoria Falls that keep attracting large number of visitors from all over the world. 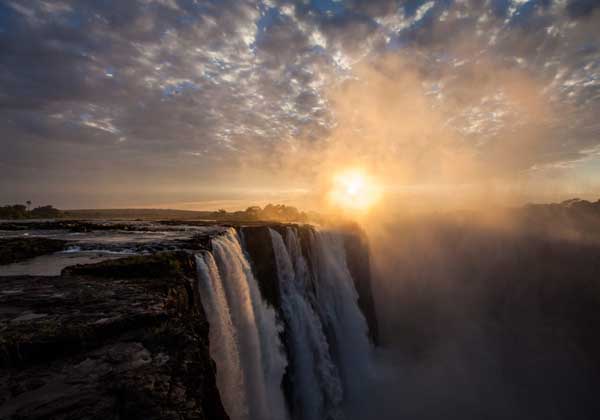 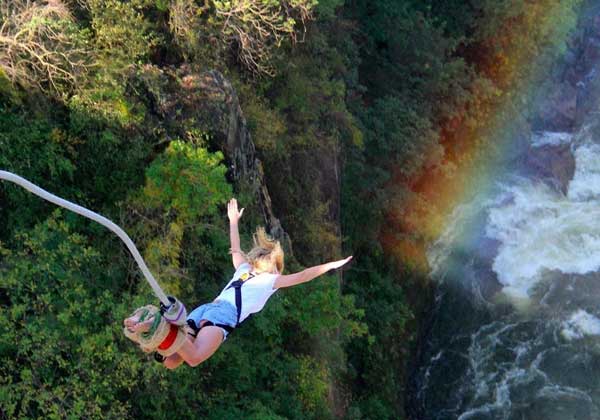 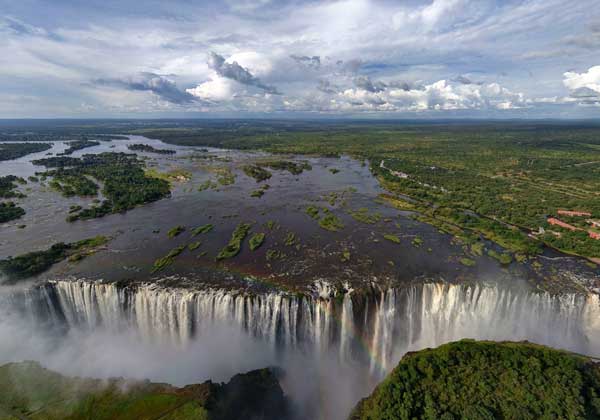 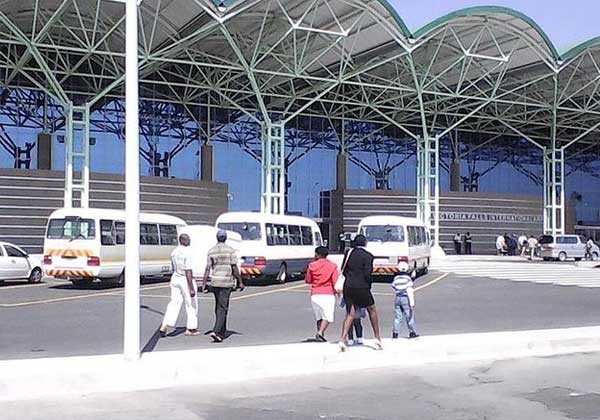 Getting To And Around 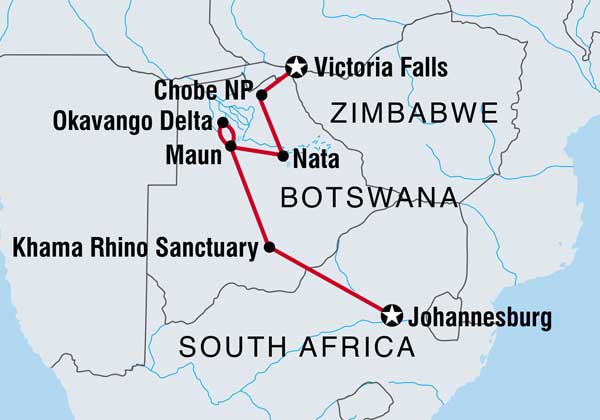 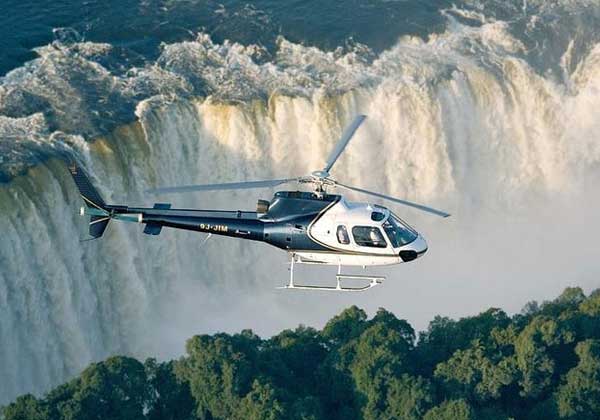 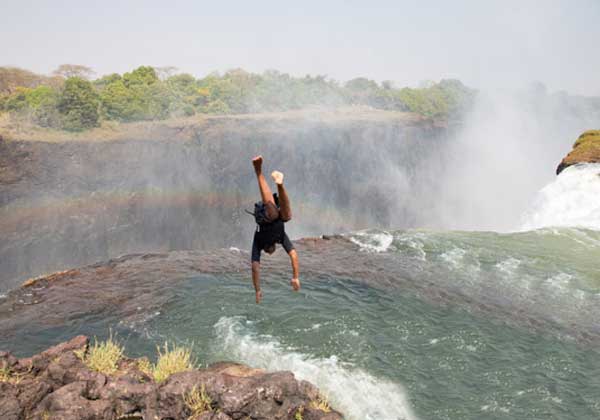 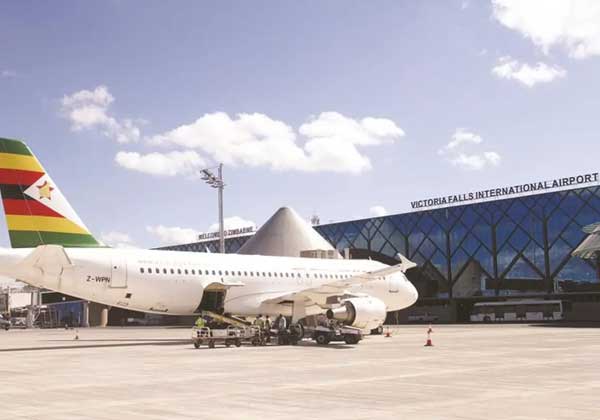 What are 5 facts about the Victoria Falls?

The Mosi-oa-Tunya/Victoria Falls is the world's greatest sheet of falling water and significant worldwide for its exceptional geological and geomorphological features and active land formation processes with outstanding beauty attributed to the falls i.e. the spray, mist and rainbows.

Why is it called Victoria Falls?

The British explorer David Livingstone was the first European to see the falls (November 16, 1855). He named them Queen Victoria of the United Kingdom.

Is Victoria Falls the largest waterfall in the world?

While it is neither the highest nor the widest waterfall in the world, the Victoria Falls are classified the largest, based on its combined width of 1,708 metres (5,604 ft) and height of 108 metres (354 ft), resulting in the world's largest sheet of falling water.

David Livingstone 'discovered' the Falls in 1855, the local Batonga people had named them Mosi-oa-Tunya, 'the smoke that thunders. Livingstone named them for his queen.

Is the Victoria Falls a 7 wonder of the world?

These 7 natural wonders of the world include the Northern Lights, the Grand Canyon, Paricutin, Mount Everest, Harbor of Rio de Janeiro, Victoria Falls, and the Great Barrier Reef. Many of these naturally-formed displays require an aerial view to capture the vastness of each phenomenon.