The Nile Crocodile is abundant in the Zambezi River around Victoria Falls. Many people are terrified of these Pre-historic creatures so I would recommend a visit to Spencer’s Creek Crocodile Farm, to understand them more and get a closer look at them than one would like to in the wild.

The crocodile farm is situated about 5 Kilometres from the town centre, very close to A' Zambezi Hotel, and at the doorsteps of the Zambezi National Park. The grounds are set along a natural creek surrounded by tall, shady trees which keeps the temperature down. There are hundreds of crocodiles on display as well as a number of African animals including Lion.

These lion are often heard roaring by people staying at the nearby hotels and the village itself, sending shivers down their spines.

Feeding times are always worth taking note of as large crocs leap out the water snapping at huge chunks of meat. There is also a curio shop which offers high quality items made from Crocodile skin.

If you are brave you can have a go at holding one of the newly hatched crocodiles, always good for the holiday photo album.

Why the Nile Crocodile?

Originally set up in the 1950's in response to the declining crocodile population of the Zambezi, which was subject to uncontrolled hunting and slaughter by people regarding them with superstition and fear.

The government granted a license to Spencer’s Creek in Victoria Falls to collect 2500 eggs from the Zambezi every year for commercial purposes. In return the farm was obliged to return 125 three year old crocs back to the river to keep the natural population sustainable.

This species of crocodile have a very high mortality rate in the wild. Normally only about 2% survive so by introducing these crocs at three years old the crocs are mostly beyond the vulnerable stage.

This system has worked well in both preserving the wild population, providing a good source of employment and income for the owners, as well as foreign currency for the country. Added to which it is a great tourist attraction. 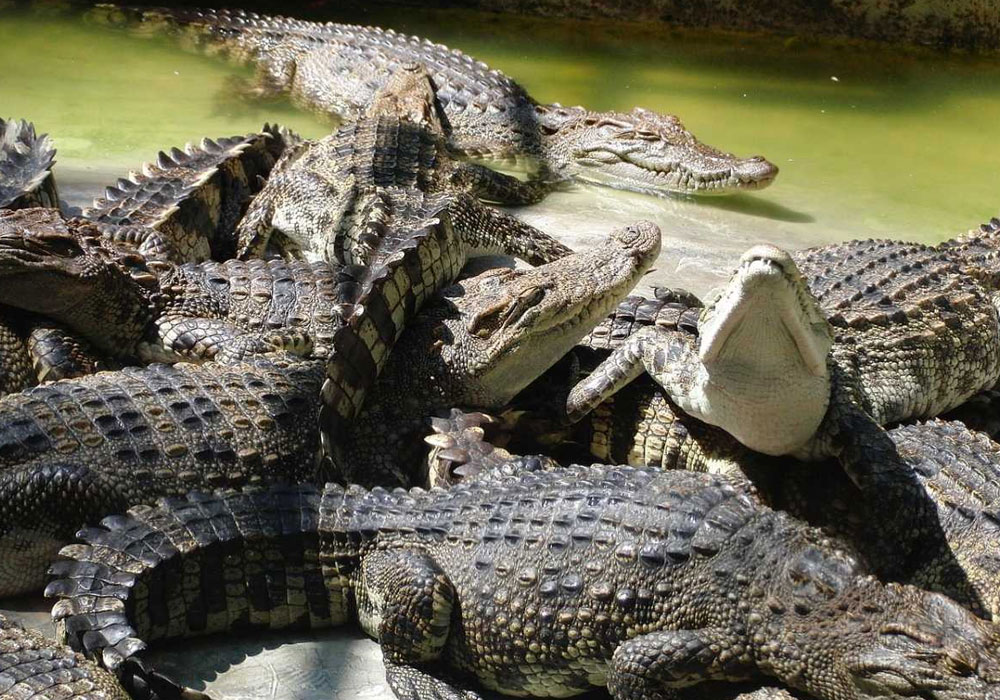